Basic Stamp or Propeller, which to use??

A place to talk about anything about Microcontrollers and Single Board Computers that does not fit in one of the below categories.
Post Reply
3 posts • Page 1 of 1

Basic Stamp or Propeller, which to use??

I have a project which I need to use a microcontroller. I need to replicate this. 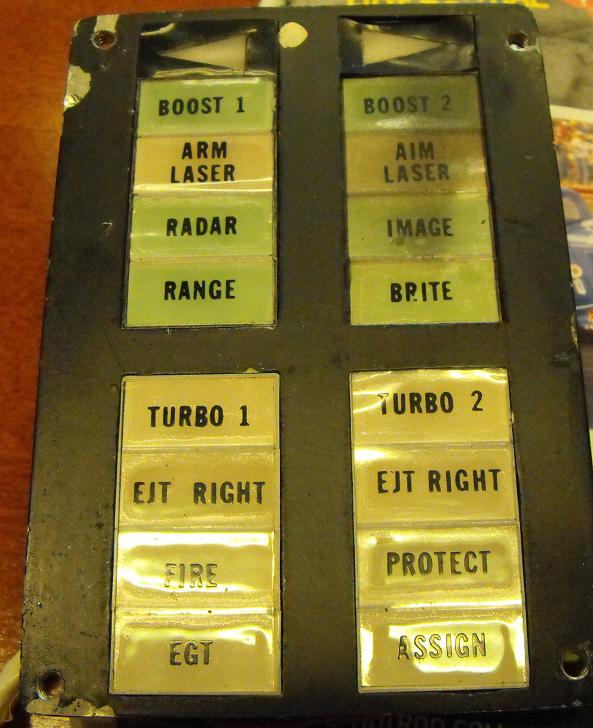 Its KITT's switch pods for the 3rd n 4th season of Knight Rider. I originally was going to use the Propeller and shift registers, but now I am wondering if the Basic Stamp would be a better choice for the shift registers since I can very easily controll the output variables by making them BIT n using them in an array form. Since the Propeller does not have this ability I think that the Basic Stamp would be a much better choice. Let me fill in the details.
The 2 leds on the very top, (The arrows), indicate either left or right side. While not shown on that pic, there are 9 buttons that sit between the both sides of LED's. The very top button toggles Left arrow or the Right arrow. The other 8 buttons controll the rest of the Led's Example: If the Left Arrow is illuminated n the 8th button is pressed. The LED marked "Fire" would come on with a random DTMF tone n then go back out while "Protect" LED remains uneffected. If the Right Arrow is illuminated "Fire" will remain unchanged and "Protect" will be either turned on or turned off, again with a random DTMF tone. Now each LED below the arrows will each be either Momentary or On/Off switched, depends on what function I want,Maybe can use more shift registers to create a setting switch for each of the non arrow LED's. Naturally using shift registers for buttons 2-9. And just use a BS I/O for the arrow led control. Does this all sound like the BS2 would be a better choice vs the Propeller in this case? Not as if the Propeller can't do it, it can. I just think the BS2 chip would be easier to program in this case.

Re: Basic Stamp or Propeller, which to use??

You have the topic of I/O addressed with your shift register, but I'm thinking that you may run into an issue with program size.

Do you have a BS? (Sorry, I'm pretty sure that you answered that before, but I don't remember.) If so, put some basic switches and LEDs on a breadboard, add a shift register, and try some programming.
Art G. Granzeier III, President
GranzTronix
http://projects.granzeier.com
Helping to Build a Better Engineer
Top

Re: Basic Stamp or Propeller, which to use??

Yes, I have a BS2 HW Board n a PDB with a BS2pe. I am using my BS2pe on my PDB, since all my Parallax board with Serial ports are suffering from an unknown issue, including my PDB. Lucky it also has a serial port. I think the cable is bad. I am breaking the code down into sub routines. I have the arrow leds n the top button almost done. I beleive the code for the rest of the buttons n leds. shouldnt be too hard or big, and since there are 2 pods, i am going to add. code to run that side as well.

Return to “Microcontrollers and Single Board Computers: General Discussion”