A place to talk about anything about robots / robotics that does not fit in one of the below categories.
Post Reply
2 posts • Page 1 of 1

ZappBot 0.1 is roaming around my house. 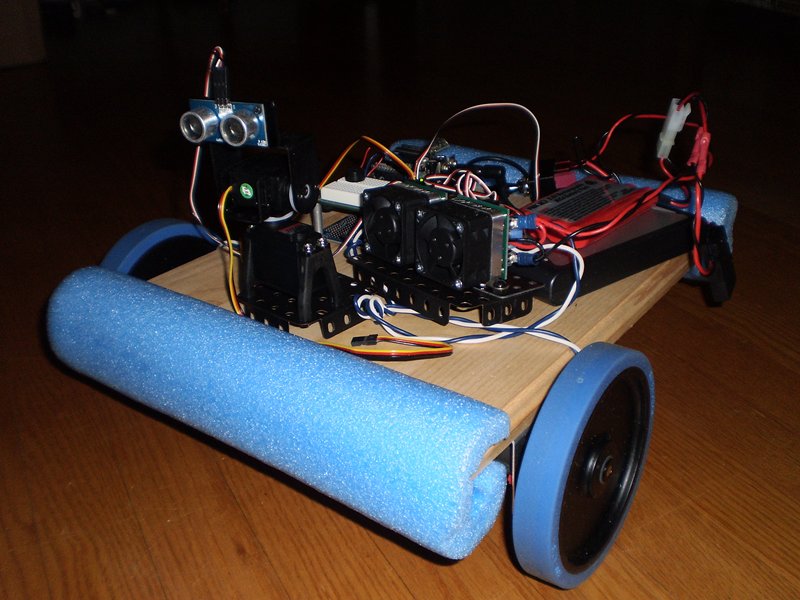 I have managed to cobble together enough code for the ZappBot 0.1 to roam about freely on the floor without running into things.

I let it roam for a couple of hours on its own.

For the time being it Pings around 180 degrees looks if the path forward is clear forward for 50cm, if so it moves forward a little. If the forward path is blocked it looks to see if the path to the left and right side are both blocked by objects within the next 30cm, if so, since the it is blocked forward, left and right, it backs up a little. If the path to the left or right is clear for more then 30cm, it determines which side has the clearest path and turns in that direction.

I have not bolted down any of the parts of the ZappBot to its deck everything is just being held down by its own weight.

The tail wheel can use some improvement, it tends to bias the ZappBot right or left just a little so it does not run straight, seems like it needs a better swivel bearing.

The new and improved ZappBot 0.2 is roaming around my house.

Yesterday I made have made it grow.

The decks are mounted with 4 - 12 inch pieces of ready rod.

Now I should have plenty of space to mount stuff.

For version 0.2 I removed the single swivel caster and replace it two metal ball casters, they are attached with threaded standoffs to the rear pieces of ready rod.

I did this to try to make the ZappBot track straight.

What I really need, is some BS2 good sample code, of roaming with a servo Ping and HB-25 motor controls.

Coding is not my strong point, but I am working on learning it. 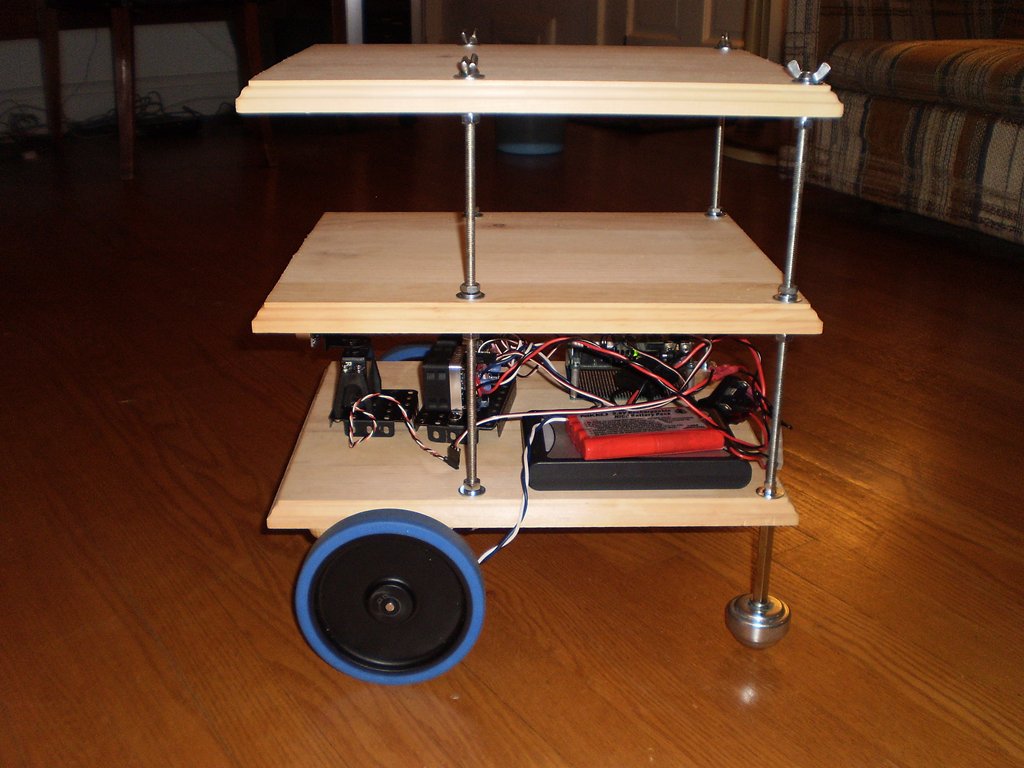 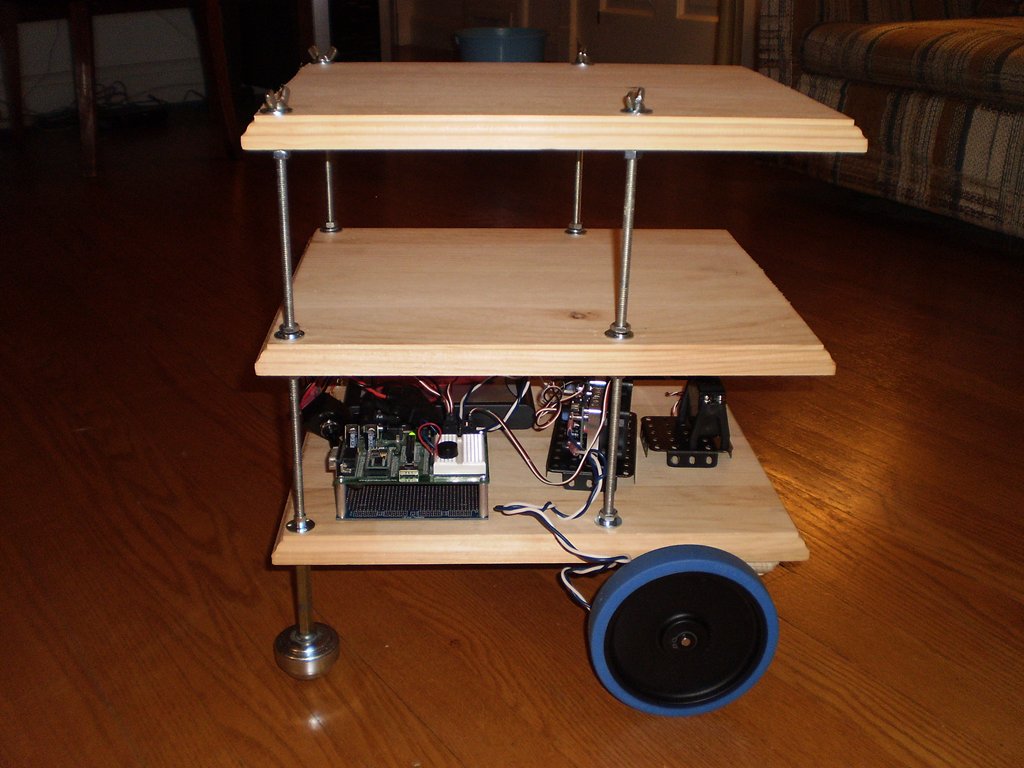